REIN’s systems will be temporarily unavailable from 3am-5am on Monday morning, January 30, 2023 due to vendor’s single sign on maintenance. VIRGINIA BEACH, Va. (January 2022) – So many things happened in 1972 that it’s nearly impossible to decide what the year’s biggest event was.

Richard Nixon went to China, The Godfather was the nation’s No. 1 movie, and All in the Family was television’s top show. Locally, Elvis played the Hampton Coliseum, work began on two additional lanes for the Hampton Roads Bridge Tunnel, and on Feb. 1, Sandy Hill started her career with REIN’s predecessor, Metro MLS.

Flash forward 50 years: Nixon and Elvis are no longer with us, Spider-Man rules the box office, and hardly anyone watches network television shows. But once again the HRBT is being expanded and Sandy Hill is still on-the-job.

Just out of business school, Sandy interviewed on Jan. 31, 1972 and was “ecstatic” to join Metro MLS the very next day. Her first job was to update card files, which at that time were 3x5 index cards used to record listings.

“I spent my first four weeks in a cubicle typing away,” said Sandy in an interview for Metro MLS Navigator 25 years ago. 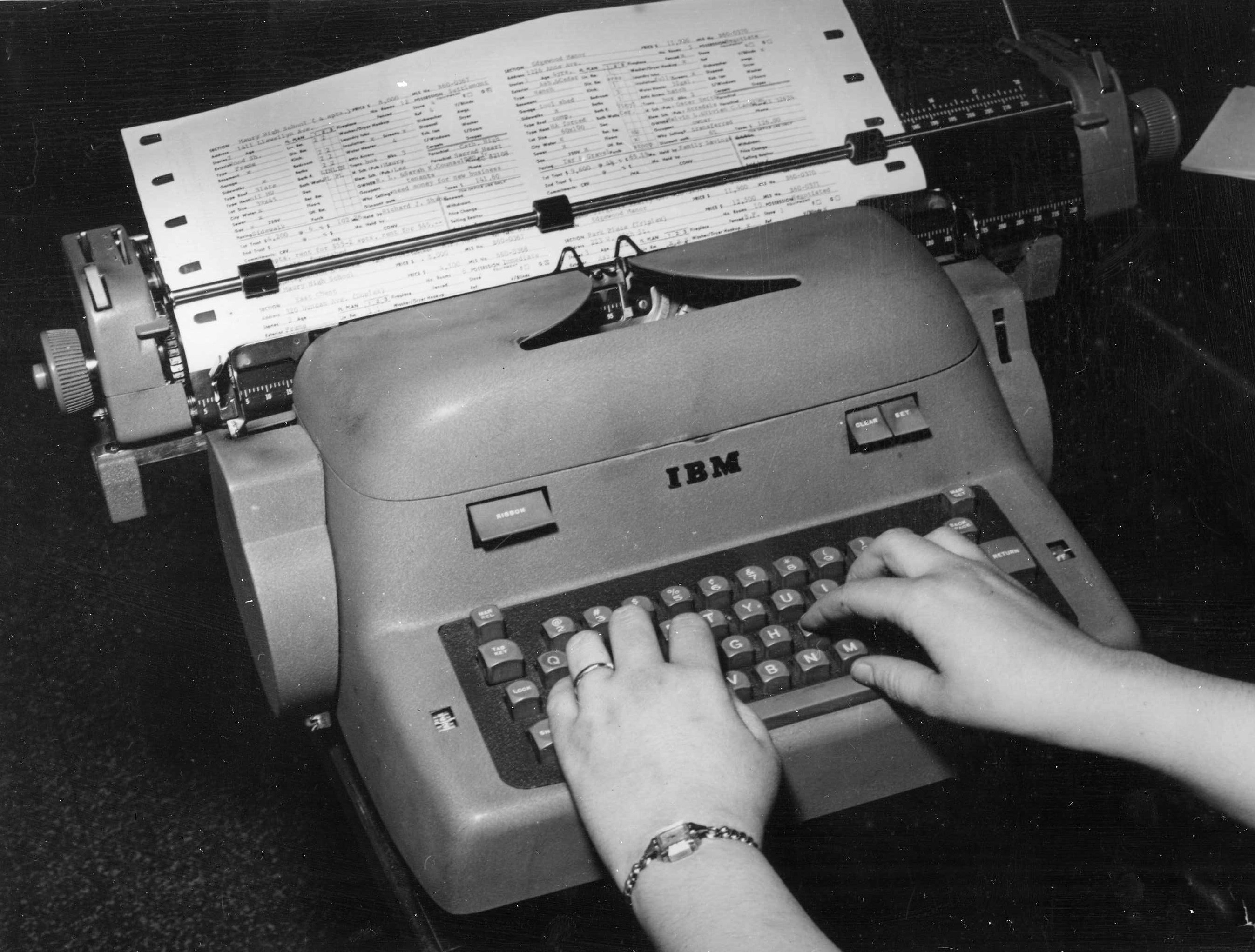 She also prepared listing packages for agents who were new to the MLS and spent her days in front of a typewriter, manually filling in property information, making price changes and listing edits, and fixing mistakes the old-fashioned way: eraser in hand, without a computer or spell checker, and without autocorrect.

Needless to say, it was a very time-consuming process, even though at that time there were just 24 broker-member offices.

Next up for Sandy in her MLS career was the Sales Department, where she was tasked with entering every new, changed, and sold listing. She recorded sales in a bookkeeper-style ledger, and also reviewed and updated the active listings cards for any property changes. She would then collate any new and updated listings and distribute them to broker offices.

Sandy was tasked with updating the listing information. She also worked with a printer in Minneapolis to get the books printed. When they arrived, Sandy stamped the binders of each book with the name of the firm to receive the book and tracked their distribution - one book per each agent in the office. Every week the books were recalled and a new one was delivered to the firm.

Sandy also oversaw portions of REIN’s printing operations when REIN printed over a million contracts and forms, on-site, and then used a van to deliver the stacks of contracts and amendments to the individual firms and offices throughout Hampton Roads.

In 1990 the Sales and Listings departments merged.

Now REIN’s Listings Manager, she and her staff oversee the integrity of many thousands of new listings each year.

Sandy and the Listings Department staff handle calls from offices asking how to make changes to their agent’s listings; instruct admins and agents on how many days they have to
make changes to a listing before a fine will result; receive and process transfer requests when an agent transfers to a new office; and take calls concerning how to make documents viewable by others, aka “changing the stars blue.”

They also get calls to fix things that admins and agents don’t have the rights to change; handle inquiries from agents asking for confirmation of areas and subdivisions; and make
corrections when the wrong selling agent or rental agent is input by the office.

“It’s not just a job,” Sandy said a while back, citing the family atmosphere. “The employees and staff and everybody, they’re like one big family … I’ve always been happy to
work here.” 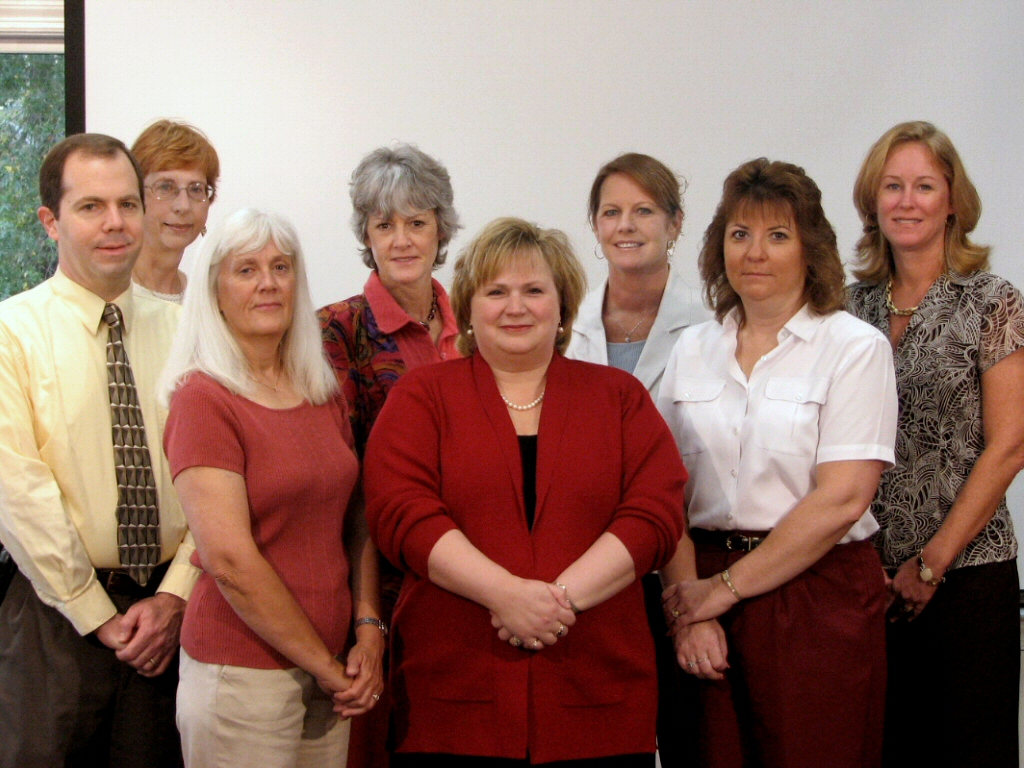 One of her fondest memories is when she and previous REIN Executive Vice President Lydia Kapetanakis took a delivery route after a driver had called off sick. While Sandy drove,
Lydia jumped out at each stop and ran the listings books inside. Needless to say, in the days before cell phones or GPS, they got lost numerous times. But, Sandy recalled, they just laughed and went on.

“I remember seeing her come in on book delivery day in her snow bibs and she would work in the garage, stamping the name of all the firms on the new weekly books that were then
loaded into the vans for delivery,” said Tammy, who has worked with Sandy for 39 years. “She would do the same for forms when Metro, and then REIN, printed all forms. She would have to count out a percentage of forms each office was allotted based on the number of agents in the offices.”

Sandy, said Tammy, has a “kind heart” and has always put “REIN first.”

“Sandy was the one who trained me on the listing processes using CRT terminals and the ledger books that all the pending and sold listings were logged into. She was involved in a lot of areas when we were Metro MLS.”

Over the years the two have become good friends.

“She was at my wedding and at birthday parties for both of my kids growing up,” Tammy said. “They always call her “Sandy Hill,” not Sandy or Miss Sandy. It was always “Sandy
Hill.” She exchanged Christmas presents with them up until they became teenagers. She attended both of their weddings and house-warmings. I am pretty sure she will be around for my family’s next milestones.”

Sandy’s contributions are appreciated by those she’s worked for.

“Sandy Hill’s name has become synonymous to REIN for many people over the years,” said Joan Griffey, REIN Executive Vice President. “She has been a devoted and consistent team member. Through all these years of change in business and technologies, she has touched the lives of thousands of people both professionally and personally. We’re grateful for her service and friendship, and look forward to the next chapter working together!”

“Sandy taught me a lot in my 34 years and the different departments I worked in,” Nancy said. “She is very knowledgeable about her Listings Department.” Nancy said she doubted REIN could find a more loyal, dedicated employee, and said that at times, even while on vacation, Sandy was known to “work.”

During her five decades with the MLS, Sandy has worked at the Virginia Beach Office (the Byler Building on Virginia Beach Blvd., the office on Ansol Ln., and finally the current location on Bonney Rd.); the (then) Western Branch Office in Chesapeake; and is now at the Tri-Cities Office.

She has represented REIN’s Listing Department on the Sales Managers’ Advisory Committee (SMAC) for many years, helping to guide procedural decisions and recommendations. Sandy helped identify and develop new areas and neighborhoods for the MLS database as Hampton Roads expanded in geography.

Sandy has fielded and responded to thousands of questions from REIN members, taking calls and emails, and helping to resolve conflicts and problems related to listings and transaction issues. She has also conducted training classes and has been a tremendous resource for brokers, agents, and secretaries, both new and experienced.

They say that if you love your job, then it’s not really a job.

“I hope to be around for maybe a few more years,” Sandy said. “It’s been a good experience.”